Since 1980, three-dimensional imagery has been at the core of SCIENCE AND DESIGN's research.

This web site will give you an idea of our major innovations (Hologravure, France 1984) and will introduce you to and help familiarize you with the full array of today's different 3D technologies.

Today, thanks to a growing number of industrial partners; e.g., United States and Asia, already making use of some of our research, SCIENCE AND DESIGN gives you the tools to be creative.

Hologravure process: Hologravure is one application of the science of interferometry (as utilized in the graphic arts' industry), giving optic images the effect of relief, viewed either through transparency or by reflection.

1984 : Birth of the Hologravure technology in France (new 3D technology in traditional printing) - first advertising campaigns. Hologravure was developed by a French scientist after 18 years of research.
Hologravure : technology, research, development, teaching by Science and Design since 1984 (several companies since 1984).

Our three-dimensional technologies are unique in the world. There have been progressive and exponential generational developments beginning with the lined backgrounds and multiplicity of planes in space.

The second generation introduced half-tinted metal effects and embossing, as well as the ability to work directly on the design to achieve the desired effect.

The third and most recent generation can produce plain backgrounds, nonvisible interferences, flat geometrical objects as well as volume or information in space. Unique new products arising from our technologies of optical impression (speckle, diamond effects, etc.), will give traditional 2D creations another dimension and another aspect in space with the harmonious mixing of these two dimensions on the same support.

Each new generation of Hologravure has developed at an exponential rate. However, this does not mean that earlier versions or achievements are out of date. New products complete creative tools, making them more and more original and sophisticated.

This entirely new concept takes you on a trip through the world of images and beyond. It opens the door to a new concept of space, using traditional images or computer based creations and standard printing colors.

A 3D picture visible from a distance … 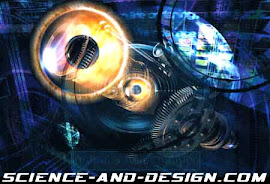 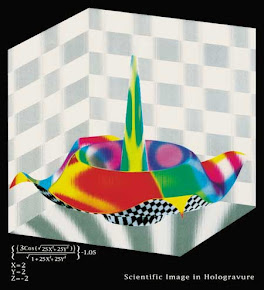 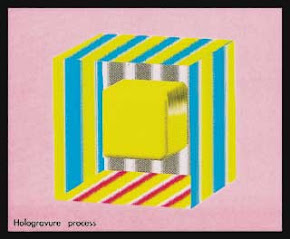 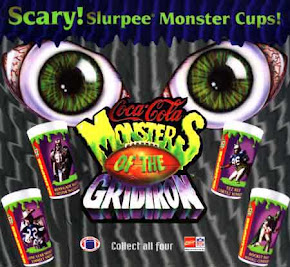 Diaporama
Compare the 3D Hologravure designs with the "usual pictures" slideshow below
Imagine the depth effects (several centimeters), volume, space, iridescence, light effects, speckle.
Imagine the dynamic effects when you move the picture or when you walk in front of the picture.
below